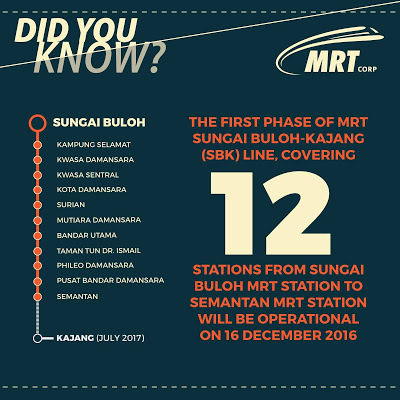 SUNGAI BULOH: The much-awaited Klang Valley MRT has kicked off, providing fast and efficient public transport to city folks at RM2bil less than the targeted cost.

Adding to the good news is that the public can enjoy a month of free rides on all the trains and feeder buses along Phase One of the Sg Buloh-Kajang (SBK) MRT Line.

From 6am today, 24 trains – each comprising four carriages that are able to carry 1,200 passengers – will ferry commuters to 12 stations located between Sungai Buloh and Semantan.

Prime Minister Datuk Seri Najib Tun Razak said the project, which took five years to build, was not just completed on time but below budget at a cost of about RM21bil, RM2bil less than the initial target of RM23bil.

“As a New Year gift to the rakyat and to give everyone an opportunity to try out this new, modern and efficient mode of public transport, I hereby announce that Rapid Rail will give free MRT service from tomorrow (Friday) for one month, including the feeder bus services.

“Malaysia MRT Fares will only be implemented from Jan 17,” said Najib. 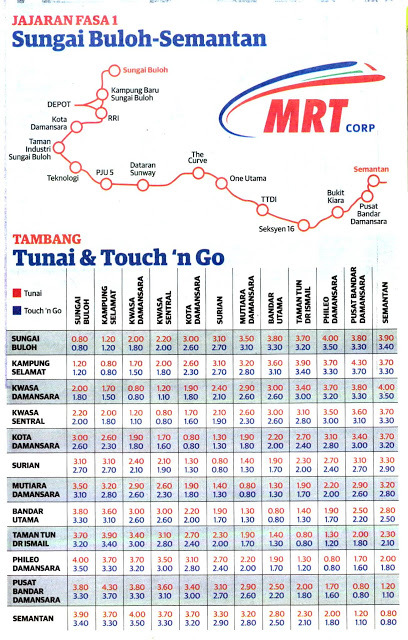 This is a companion discussion topic for the original entry at http://harga.runtuh.com/2016/12/free-mrt-rides-feeder-bus-malaysia-mrt-fares.html
Shopping December 16, 2016, 3:06am #2