Malaysian Shares How Her 74-year-old Father Got Cheated Out Off RM4,000 in Tesco 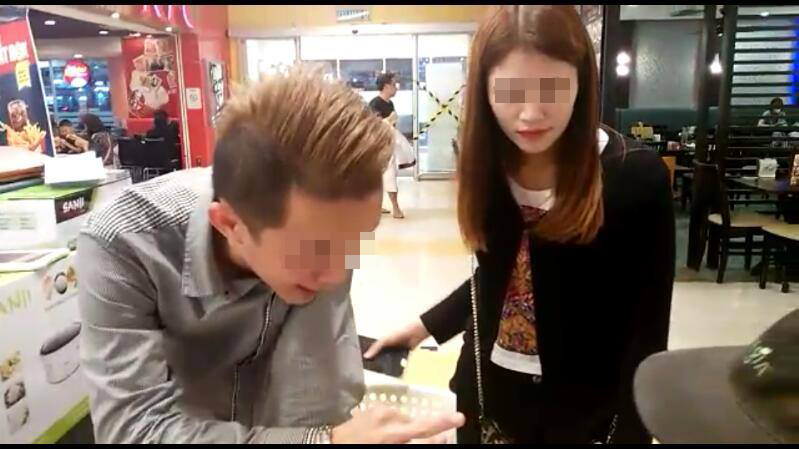 Just yesterday, a netizen Norhaliza took it to social media after her elderly parents became victims of a syndicate in Tesco Mutiara Damansara. Apparently her 74-year-old father was cheated about RM4,000 that was charged onto the old man’s credit card.

Here’s she wrote: “At first, my parents were handed a grocery bag which was said to be free. Then they were asked to sit down and write down their name for receiving the grocery bag. That’s how it all started.”

“Then a salesgirl named Bella handed a gadget to both my parents. They were asked to press on it. Just like that, my father was said to have won 2 items – a vacuum cleaner worth RM3,680 and a microwave worth RM3,988.”

She shares that this Bella girl then passed her father the gadget again to press. The stars must’ve been aligned that day because her father won something again! What luck right?

“He won RM100 which entitled him to get a free water dispenser for 3 months. If he is interested to buy the water dispenser, he can start paying RM80 per month for 48 months.”

The sales girl probed for a credit card and saw that he was using a HSBC one. Like we said, the stars were aligned so straight that day that he won something else! He was entitled for a multi-cooker set.

“I’m still clueless regarding when the card was swiped. Suddenly, my father was handed several documents to sign. For a 74-year-old man who has never used his credit card to buy anything, it didn’t occur to him that the transaction had taken place.”

The poor man went home just to find out that his credit card was charged RM3,988!

“My husband and I immediately rushed to Tesco Mutiara Damansara to demand for my father’s money back. We insisted the transaction to be canceled and that they have misled my father into signing the papers.”

“Bella also called her supervisor who looked like a thug to see us. The supervisor refused to comply with our demand saying that my father fully understood the terms and conditions.” 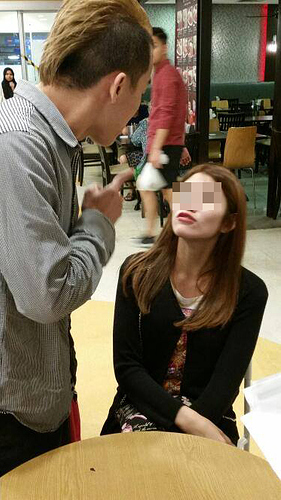 “My husband made a few phone calls and before we left, and I told Bella, ‘wait for the authorities to come’. She just smiled as if they’ve won.”

“After discussing with my siblings, we decided to lodge a police report at Taman Tun Dr Ismail, together with my father.”

“Just this morning, we were informed that agents from Ministry of Domestic Trade, Co-operatives and Consumerism went undercover and busted the syndicate yesterday. They will be charged as well!” There is nothing free in this world guys.

There’s usually always a ‘catch’ behind every free item. Just always be wary when approached by strangers claiming you’ve won something.